A few months ago, my husband and I moved from Denver to Phoenix. While house hunting, I found several homes that bordered the desert mountain preserve, but I didn’t want to look at them.

I was afraid of my dogs living in a part of the city known for having rattlesnakes.

Even though I lived in Phoenix for most of my childhood, I never worried about rattlesnakes. However, as an adult, things have changed. Now, I am hyper-aware of anything that might hurt my dogs.

I know there isn’t much I can do to stop my dogs from finding snakes, but I can take measures to prevent them from getting hurt if they encounter a rattlesnake. Thankfully, I don’t live far from one of the most respected and experienced snake-avoidance trainers in the valley, and within a few weeks of moving, my dogs quickly learned that they didn’t like rattlesnakes. 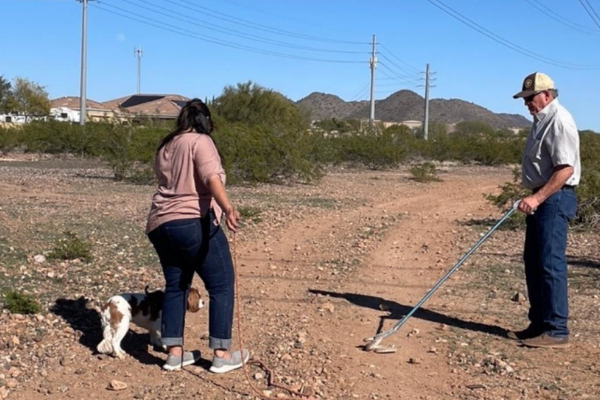 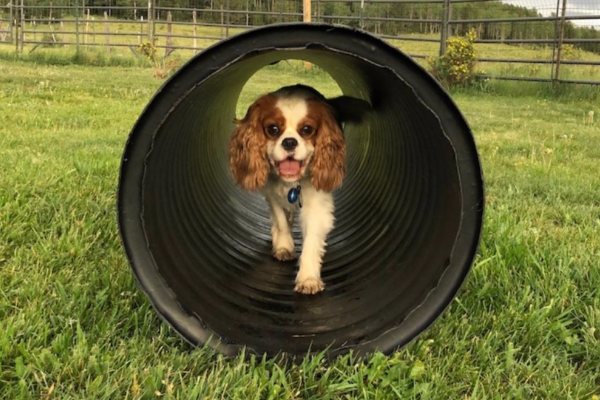 All dogs are curious, but my Cavalier King Charles Spaniels take curiosity to new heights. They chase anything that moves. Nothing gets them more excited than bugs, flashing lights, reflections, blowing leaves, and fast-moving critters like bunnies, chipmunks, or quail.

My male dog, Teddy, is especially hung up on ground squirrels. When we lived in Colorado, he discovered that the ground squirrels hide in little dirt burrows underground, and he became fascinated with trying to catch them.

Now, Teddy sticks his head into every crack, crevice, and hole in the ground, and even though he’s leashed, I’m never fast enough to stop him. One day, he’s going to stick his head into a hole and regret it. 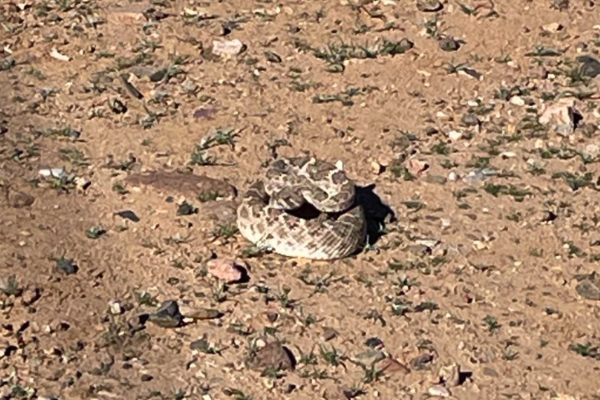 Rattlesnake avoidance, also called rattlesnake-aversion training, combines your dog’s natural instincts with a correction to teach them to recognize and avoid rattlesnakes. Just like your dogs recognize a treat bag with a tasty reward, or the sound of thunder as something scary, dogs can learn to recognize rattlesnakes.

Rattlesnake-avoidance training typically uses electric collars to correct dogs when their curiosity leads them toward the snake. Most rattlesnakes coil and warn their predators before striking, but until your dog associates the sound and posture of the agitated snake, he won’t know that the snake could hurt him until it’s too late.

Why the e-collar method works

My dogs are already trained using electric collars, which we lovingly refer to as their necklaces.

We went the route of e-collar training because of their propensity to chase critters and cars. I’d rather use their e-collars to gently remind them to stay away from a car than to have them morph into two furry monster trucks on a leash.

I recognize that positive reinforcement works for some dogs, but I’d prefer to have my dogs fear rattlesnakes because they associate them with something they don’t like. In theory, I could keep my leashed dogs away from a snake, but given their movement-driven superstrength and where I live, I know it might not be enough.

In one of the latest FMCAdventure blog posts, Ane and Tommi wrote about what happened when their dog, Lily, was bitten by a rattlesnake. Their article, Protecting Your Dog Against Rattlesnakes, explains the rattlesnake vaccine and some other tips and alternative methods for keeping your dogs safe when you live or visit an area with rattlesnakes. Whether you take your dogs to snake-avoidance training or choose an alternative protection method, it’s important to know how to protect your pups from snakes.

My dogs’ experience with rattlesnake-avoidance training

In Arizona, snakes start to emerge from hibernation when the weather gets warm, so I wanted to make sure my dogs got training as soon as possible.

We met the trainers in an undeveloped area, where they’d have plenty of open space to place their rattlesnakes on the ground and keep my dogs within a safe training distance in case the snake tried to strike. The trainers brought two rattlesnakes (defanged for training) and used the one with a rattle for the first pass and the one with the silent (taped) rattle for the second pass. I like this method because my dogs will associate the sound of a rattle and the smell and posture of a snake, whether it has a rattle or not. 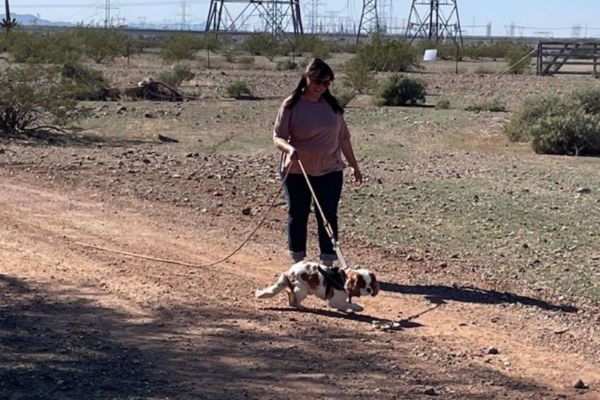 Teddy, my critter lover, went first. The trainers put on an e-collar and took him for a walk in the desert close to the strategically placed snake. In typical Teddy fashion, he was thrilled to be on a walk. When he saw the snake in the dirt, his curiosity got the best of him, and he tried to lunge at his new scaly friend. Of course, the snake recognized my prancing pooch as a predator, and it took a defensive posture and rattled its tail as a warning. When this happened, the trainer activated the e-collar. After that, Teddy wouldn’t get near either snake.

The trainers praised Teddy and told him what a good boy he was (because Teddy’s love language is praise), and then we repeated the process with Pippa. Pippa, just like Teddy, tried to lunge at the snake, and the trainers quickly corrected her. She also wanted nothing to do with either snake, and she walked as far from the snakes as her leash would allow. 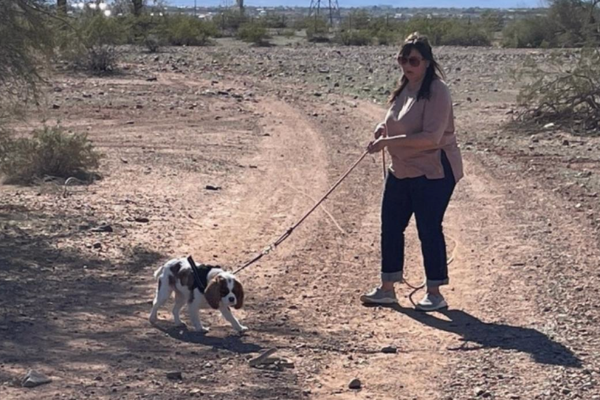 After some sweet snuggles with Pippa and a Crunchy-O treat, I knew that training was successful. The whole process took less than 15 minutes, and it helped me feel better knowing if my dogs encountered a rattlesnake in my yard or out on the trail, they’d avoid it. 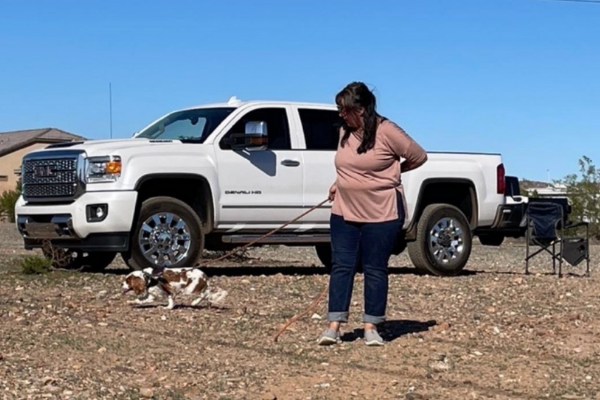