Peggy and I had the pleasure to volunteer at the Garrison Dam National Fish Hatchery this summer. The hatchery is working closely with North Dakota Game and Fish. The purpose of this partnership is to keep the state attractive for sport fishermen. It is specialized in rearing walleye, northern pike, Chinook salmon, and trout, just to name a few. Another unique project is focusing on the pallid sturgeon, a prehistoric fish that is currently on the endangered species list. Many of our visitors were surprised about the scope of the hatchery activities. 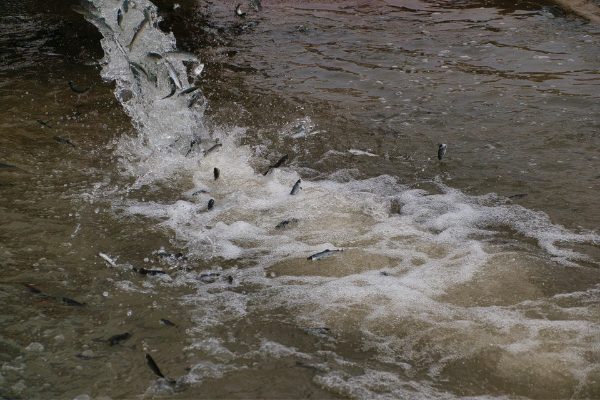 We were fortunate to travel the amazing state of North Dakota during our off days and to experience that “Be Legendary” is so much more than a marketing slogan. It describes, in short, the heart and soul of the state and its people.

North Dakota offers unique experiences and adventures that entice visitors to follow their curiosities and not the beaten path.

This blog would be way too long if I covered all the great experiences we had during our stay.

One of our first trips was to Arena, a ghost town just a few miles northeast of Bismarck. If you are into ghost towns, this place will exceed your expectations. 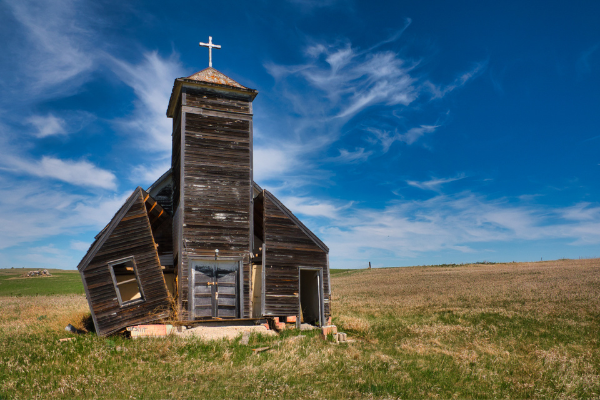 Theodore Roosevelt National Park and Medora, North Dakota, were on our bucket list, and I wrote about them already in my last guest blog. On the way back from Medora, we decided to drive along Old Red Old Ten Scenic Byway, which was the right decision. This route runs parallel to Interstate 94 and is a treasure. We stopped at the one-room schoolhouse near Taylor and were totally surprised by finding a magnificent abbey in Richardton. 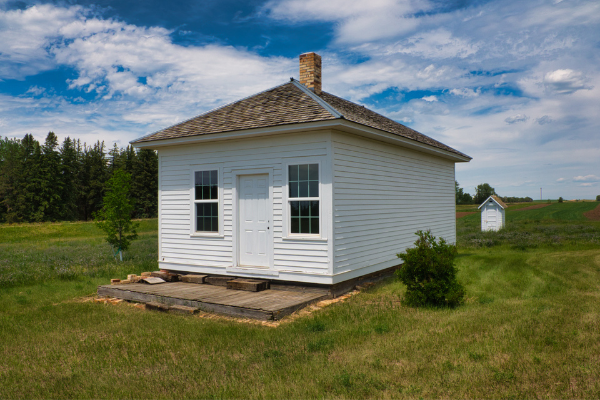 Assumption Abbey is a Benedictine abbey founded in 1893 by a monk from Switzerland. The convent was originally located near Devils Lake and moved to its current location in 1899. The stained-glass windows are gorgeous and tint the inside of the abbey in warm and soothing colors. Thirty monks are still in the community. The few we met were characters, and we especially enjoyed the conversation with Brother Odo, who runs the wine store (by the way, the wine was delicious). 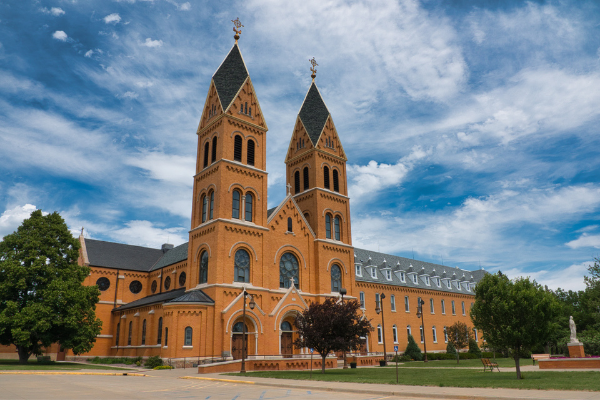 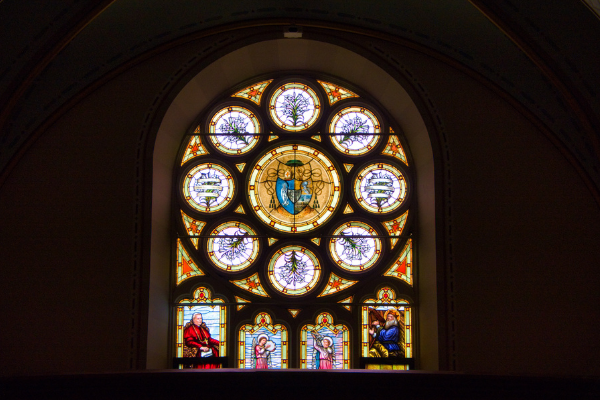 Farther on to Hebron; the city was founded by Germans who built a structure overlooking the village to protect themselves and their food from Native Americans. It was reconstructed in 2004, depicting the inner sod shelter and walls with railroad ties for the roof. Since it safeguarded the food of the settlers as well as the families, it was nicknamed Fort Sauerkraut. Hebron is also home to the oldest operating brick factory in the state. The plant is open for tours. 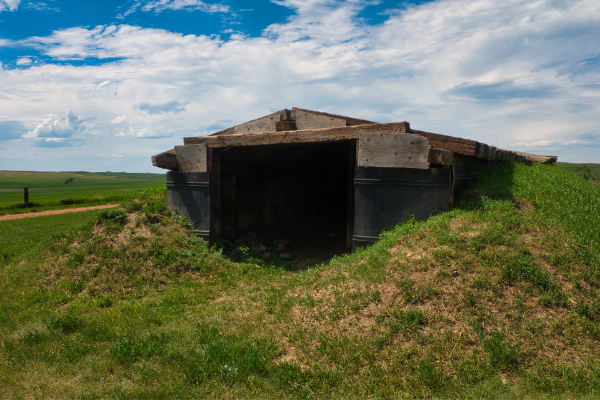 North Dakota is for those who crave the uncrowded outdoors as well as the urban spaces.

We took a road trip that brought us through Jamestown, the home of the world’s largest buffalo statue and the National Buffalo Museum. 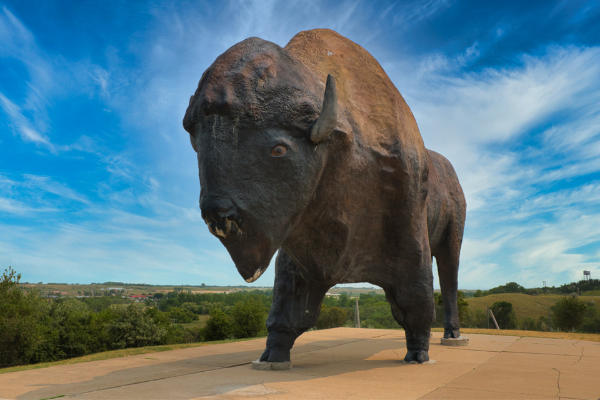 Valley City is the starting point to a drive along the Sheyenne River Valley National Scenic Byway. Wide-open fields frame the roadway, which ends at Fort Ransom State Park, a great place for hiking. 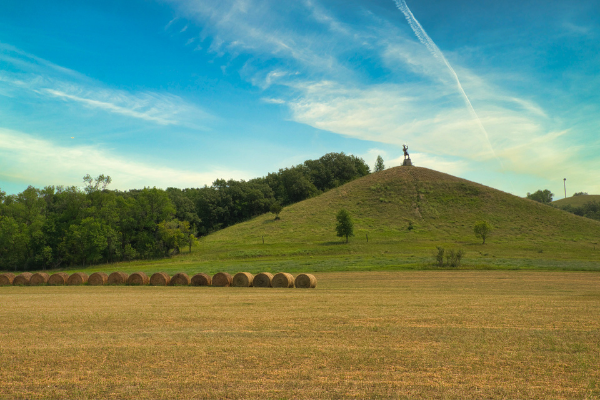 On the way home we stopped in Kathryn, which is almost a ghost town, and was worth the short visit. 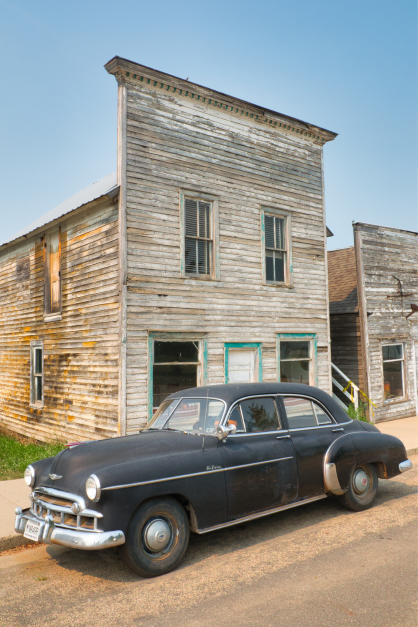 A visit to Bismarck, the capital of North Dakota, is an urban experience. We brought enough time with us to encounter the North Dakota Heritage Center and State Museum. It features four museum galleries tracing the state’s rich history from its earliest geological formation 600 million years to today. 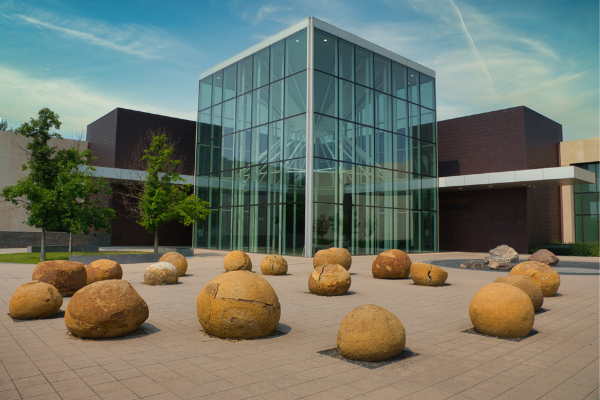 North Dakota has strong connections to the land and the nation’s history and shows it.

Four places stood out for us to get exposed to this connection. Fort Abraham Lincoln State Park outside of Mandan is the oldest state park in North Dakota. We enjoyed learning about the On-A-Slant Village. It was once the home of around 1,500 members of the Mandan tribe, who lived in earth lodges. Six of the lodges have been reconstructed and gave us an insight into the life of the Mandan people. 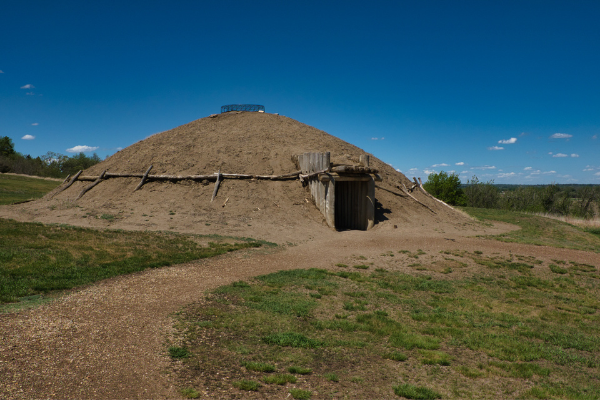 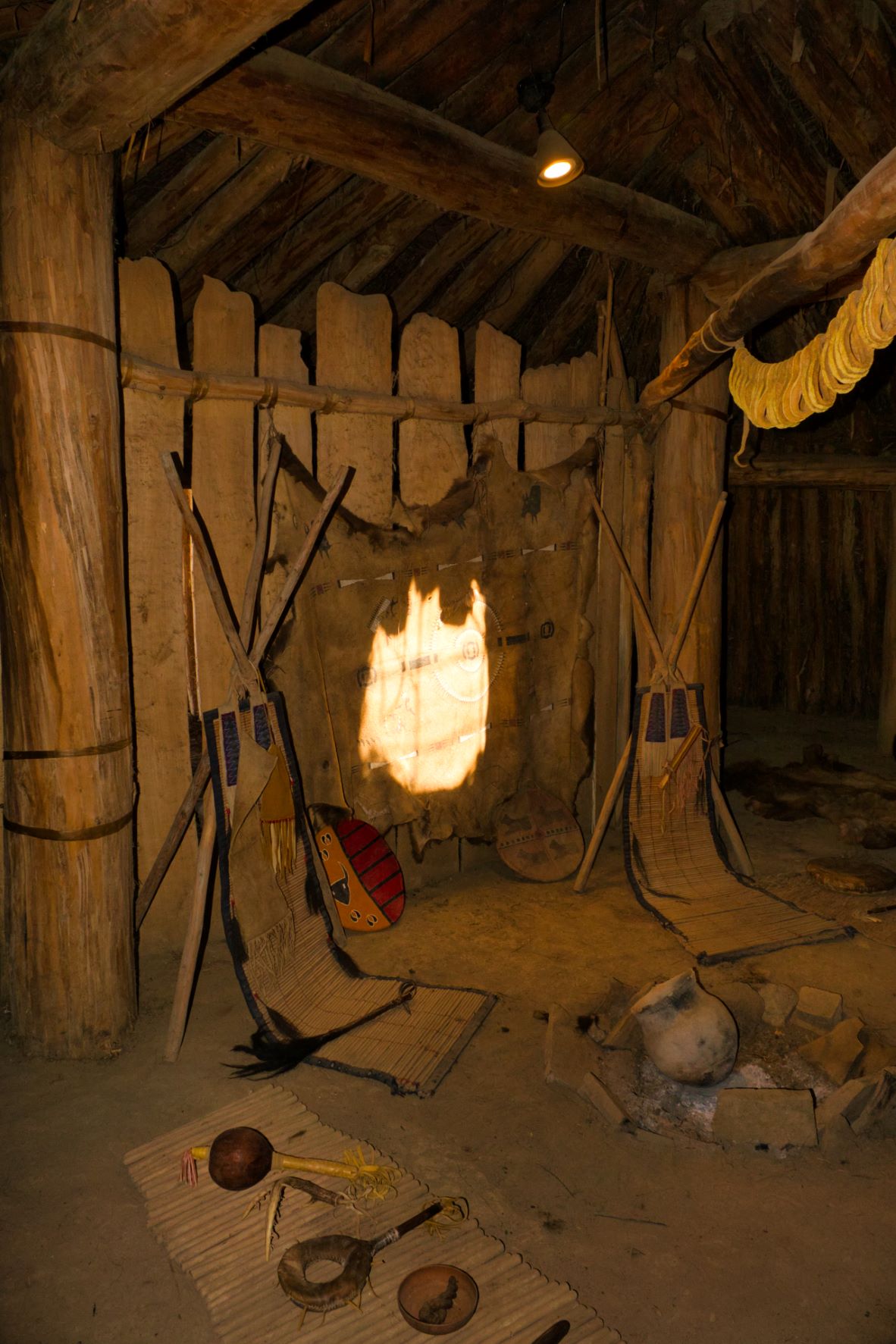 Above the Indian village are the remains of the first military post in the area. Fort McKeen was established in 1872 in preparation for the Northern Pacific Railroad to expand its tracks to the west of the Missouri River basin. 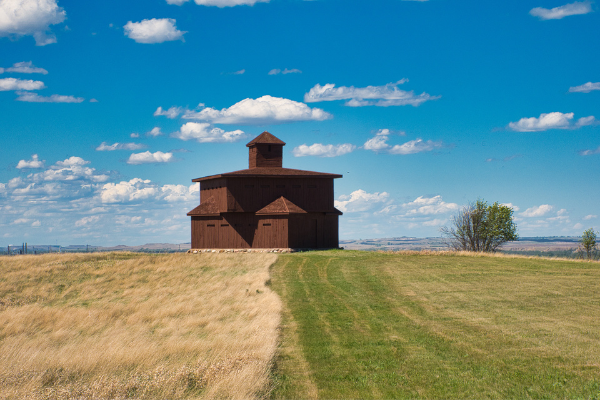 The fort was renamed to Fort Lincoln and in 1874 housed a nine-company cavalry command, one of the largest forts on the Northern Plains. Lt. Col. George Armstrong Custer was the first commander of the enlarged fort and served there from 1873 until the Battle of the Little Big Horn. The reconstruction of his home across the central practicing square is a superb example of living history. We took one of the scheduled guided tours, and the ranger brought us back to the times when Lt. Col. Custer was in charge at the fort. Reconstructions of the central barracks, granary, commissary, and stables stand on site, and some of them were open to visitors. Within the central barracks, the life stories of some of the soldiers are posted. An outstanding way to present the career of these brave men. 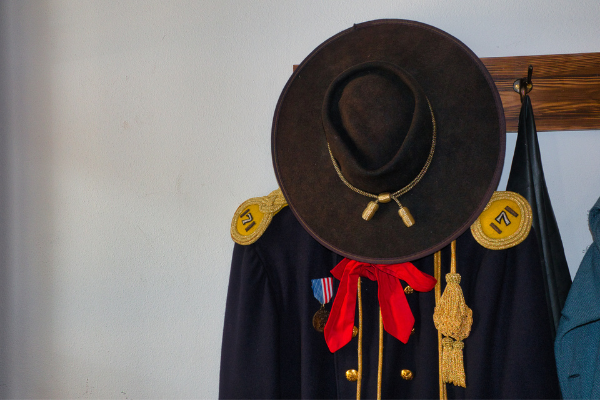 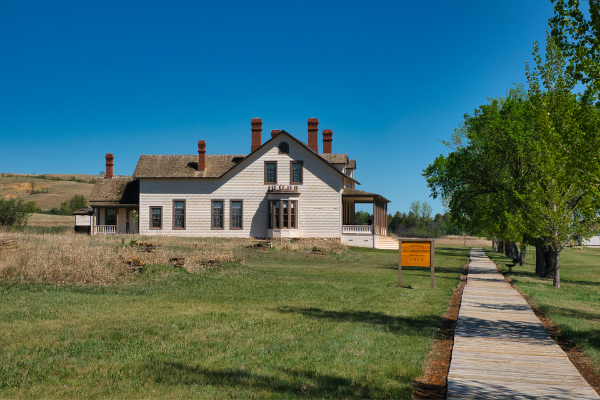 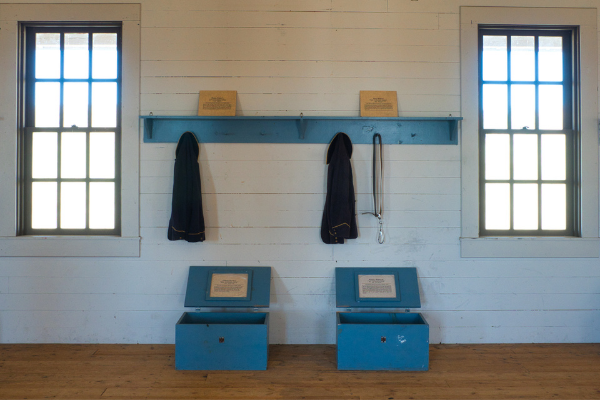 The Lewis and Clark Interpretive Center in Washburn was one of our favorite places to dive into history. It is located close to Fort Mandan, where the expedition spent the winter of 1804/1805 and where Sacagawea became a very important part of the corps. 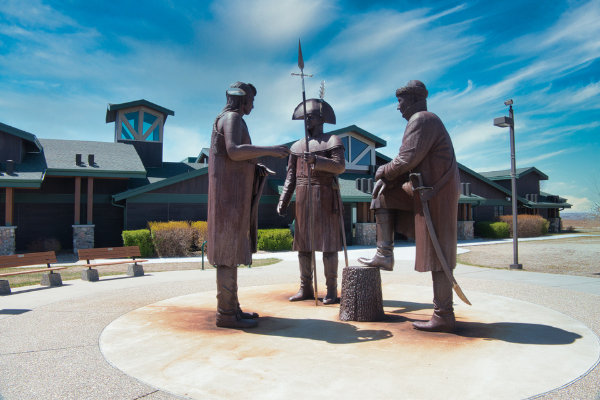 A reconstruction of Fort Mandan is close by. Lewis and Clark were very good at documenting their journey, which allowed this “replica” to be a very authentic place. We took the guided ranger tour several times and always learned something new, including the story of Seaman, the Newfoundland dog that was a K9 expedition member. 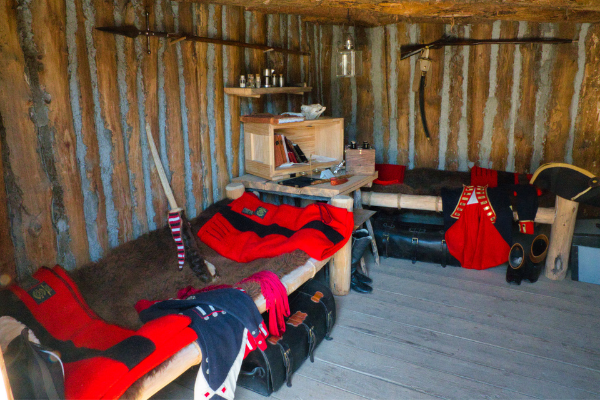 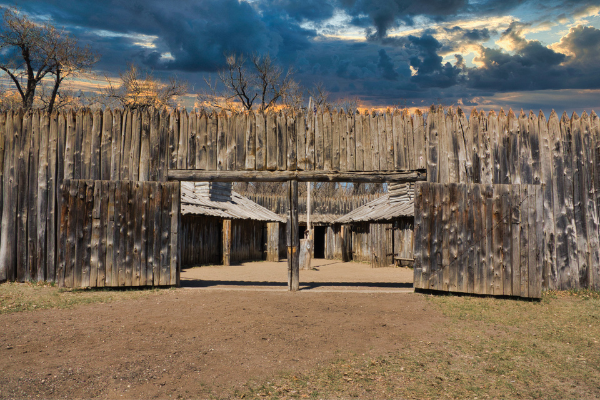 From the fort, it is a 30-minute drive to the Knife River Indian Villages. A well-done reconstruction of one of the earth lodges introduced us to the life of the Hidatsa People. A nice hike leads to the Knife River. Imagine that we were walking through an area that was most likely home of Sacagawea after she returned from the Pacific — priceless. 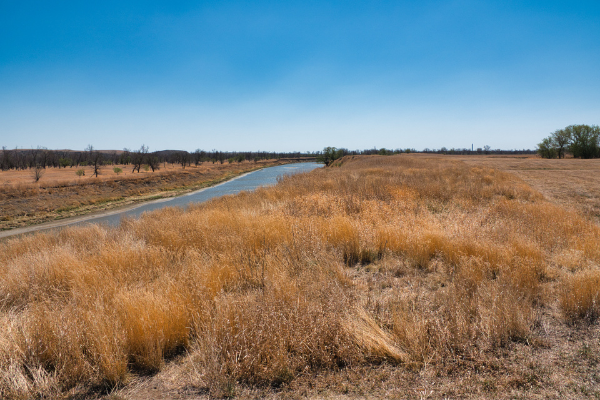 The communities were shaped by settlers from abroad and their traditions.

A great example was when we headed south toward the Russian-German-influenced city of Strasburg. Many settlers came to the area from the Ukraine in the late 19th century. After stopping at the Welk Homestead State Historic site, childhood home of band leader Lawrence Welk, we visited Saints Peter and Paul Catholic Church and the cemetery. The stained-glass windows have very vibrant colors, and the nearby cemetery shows mainly German names. 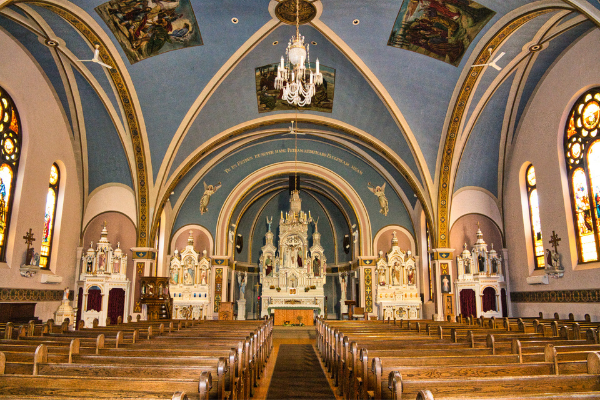 We stopped at the local hardware store and chatted with Gary, who gave us a lesson in local history and was kind enough to open a secret door that lead us to the upstairs of the building. It was the first hotel in Strasburg before it became a store. Gary had a story for each room and was a great historian but also an entertainer. 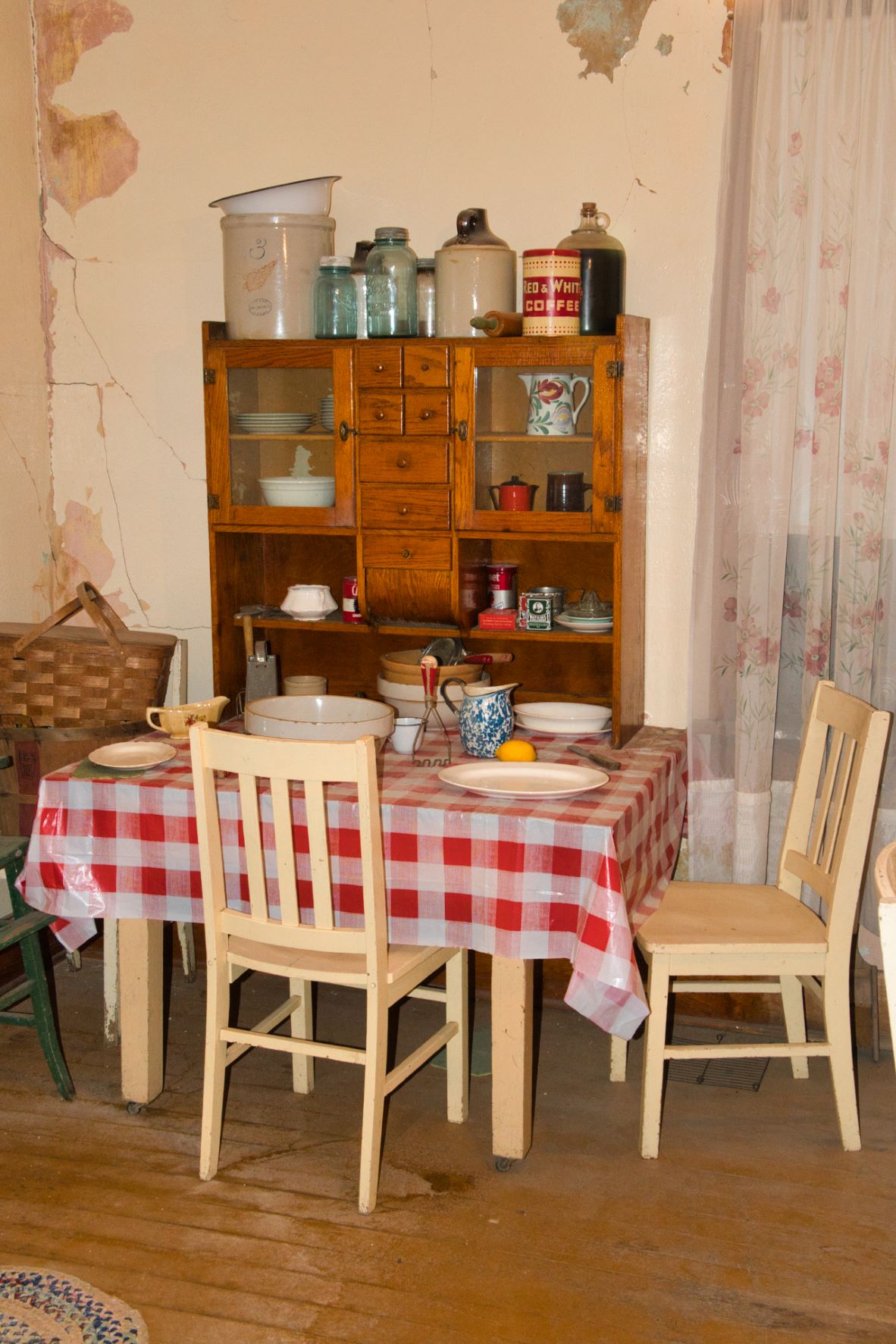 Gary and some of the other customers in the store offered us tomatoes and apples fresh from their garden, and this is what the North Dakotans are: helpful and friendly. Maybe this is why the International Peace Garden is located in this state, as a unique tribute to peace and friendship. 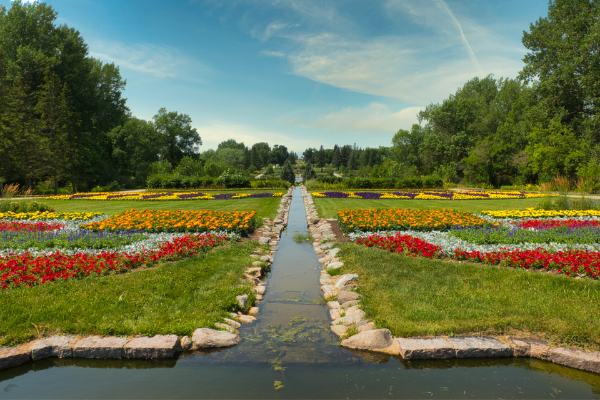 The Scandinavian Heritage Center in Minot is a calming island in the middle of a buzzing city. We took the time to learn more about the replica of a stave church and learned how the Norwegians used their experience in building ships to create wonderful churches. 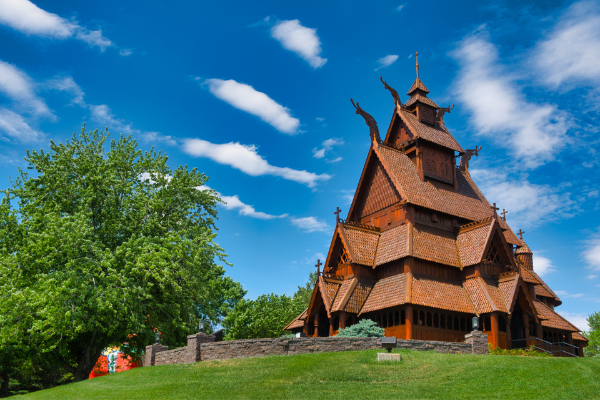 In summary, North Dakota is a state that surprises. If you come to North Dakota for good or as a visitor, make sure to become an explorer and to “Be Legendary.” 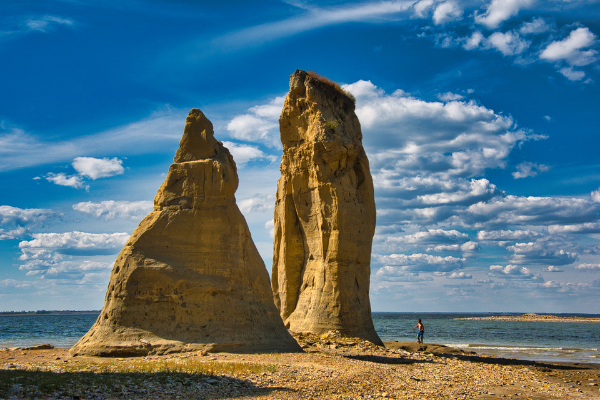 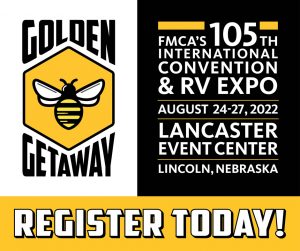