Becoming full-time nomads didn’t start out as a wonderful adventure. When we turned the key and drove away from our little 1955 bungalow, I cried.  A lot. Gasping-for-air sobs that bordered on hyperventilating. We did a final walk-through to make sure everything was out and then turned the key for the last time. It was October 16, 2016. Although we were oﬀ to start an exciting, new adventure that we had been dreaming of for almost two decades, it was also the end of a lifestyle we had known for all of our adult lives up to that point. 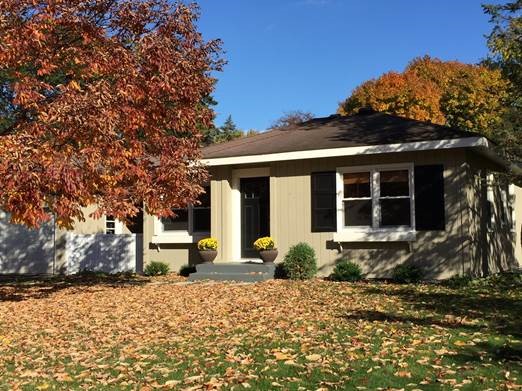 The Beginning of Our Journey

Early on in our relationship, many of our weekends consisted of jumping into the vehicle and just driving. The most squiggly looking road on the map was our go-to. Sometimes we would find ourselves still in Iowa, and other weekends we were in Missouri, Wisconsin, Minnesota or Illinois.  In the spring of 1999, we took a week-long road trip to Arizona to visit a good friend. We then found ourselves in Colorado where we tent camped and fell in love with the Centennial State.

When we returned to Iowa, we announced to our respective families that we would be moving to Colorado in one month, after only three months of dating.  No jobs, no apartment, no friends or family. We were just going and we would make it work.  And we did.  We moved to the Colorado Springs area in July 1999, and we lived there for four years. We were married there, started our careers there, and made friends. However, as much as we were loving Colorado, that gypsy blood flows strongly in us and we started talking about where to venture oﬀ to next.

In 2003, we decided that we were going to take a gap year and start exploring the country with a trailer. We put airbags on the Wrangler and started our camper search. Prior to setting oﬀ on our long hiatus, we took a vacation and traveled to Minnesota to spend the week camping with my parents. Somehow, Corey came home with a job that he wasn’t looking for. We found ourselves moving to the Minneapolis area in May 2003. Our dream wasn’t dead, it had just been shelved for the moment. Thirteen years, to be exact.

We settled into stationary life in Minnesota. Five homes, four company changes, many wonderful friends, three boats, and a half dozen of various Jeeps over the next thirteen years. We enjoyed many vacations all over the United States, the Caribbean, and a few European vacations, as well.  We spent our weekends, and sometimes weeks, living on our boat on the St. Croix River and talking about doing the Great Loop. Life was good, and yet, something was missing.  There were hundreds of conversations spent talking about our little-shelved dream of being modern nomads.

We felt trapped in a lifestyle that so many other people take great pleasure in living. There must be more to life than maintaining the yard, paying the mortgage, sitting in rush hour traﬃc, and taking one-week vacations.  So we kept talking and working toward our goal:  implementing an annual “Secrest Summit” on January 1st of every year where we would write down our short-term and long-term goals.

In 2015, Corey started his own business.  A scary but necessary step to unbridle that entrepreneurial spirit he had been suppressing for so long. We started talking more and more about our dream of becoming untethered travelers. We were now leaning heavily toward full-time RVing, instead of boating the Great Loop.

In May of 2016, we purchased a motorhome and started meeting up with my parents who have now been full-timers since May 2012. We would do weekend stints with them when they ventured back to the Midwest for the summer. They helped us learn our motorhome and gave us invaluable tips and tricks regarding full-time RVing in general. The business, still in its infancy, was starting to prove that it was going to be successful. 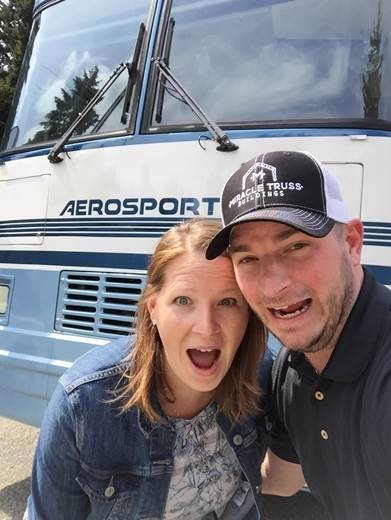 The nomad dream was looking more and more like a possibility. That same year, we took Corey’s little brother on a two-week vacation out west in the motorhome and had an amazing time.  That trip was the final catalyst to finally pull the trigger and GO!

There was just one more challenge to overcome…

In August of 2007, I was diagnosed with a mild, manageable form of ulcerative colitis.  I was told it would never get worse.  In February of 2014, a severe flare of my autoimmune disease landed me in the hospital for a week. I lost more than 20 pounds in two weeks. I was unable to return to work for five weeks. The disease that was never supposed to get worse now encompassed my whole colon (Pancolitis) and I was given 24 hours to make a decision:  immediate surgical removal of the whole colon or try a biologic drug called Remicade (Infliximab) that would require 3.5-hour infusions, in a hospital or clinic every eight weeks, for the rest of my life. I opted for the drug. After a massive dietary overhaul and upping the dosage of the infusion, it started to work.

Which brings me to our last hurdle. We had to figure out how I would get my infusions done while we went RVing around the country. After talking with my regular GI doctor, I decided to go to the Rochester Mayo Clinic over Labor Day weekend in 2016. I talked to the doctors about what we were planning to do and what my options were. They ran tests and procedures and told me I was oﬃcially in remission. Not cured (there isn’t one), but no signs of active disease. I was told that to change to a more travel-friendly, self-administered drug (Humira) would be a big gamble since it might not work. We decided that I would continue Remicade and I would have to fly back to Minneapolis every eight weeks. An obstacle, not a barricade.

On September 6, 2016, I gave an emotional one month notice to my oﬃce of 13 years. We set October 16, 2016, as our oﬃcial Leave Date, racing to get out before the temperature plummeted and the snow started to fly. In those six weeks, I continued to work my regular job, while learning my new job of becoming the bookkeeper for the business, as we emptied our house of a combined 75 years of stuﬀ. We had three piles: donate, sell, store. We sold all but three pieces of furniture. Among the sold where two vehicles, one being a beautiful 1989 Jeep Grand Wagoneer. I couldn’t stop the tears as the family that bought it backed it out of the drive and two little girls waved from the back seat. We still miss that awesome Waggy. 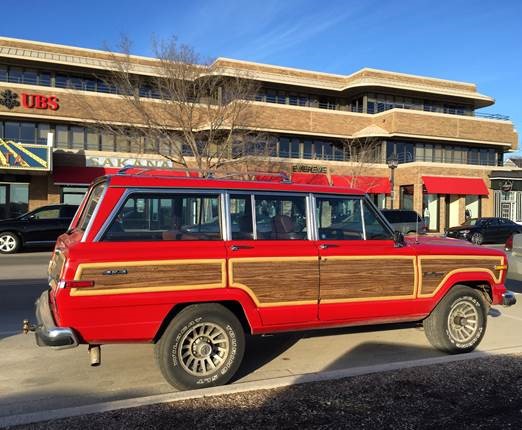 For six weeks, we had dozens of people coming in and out of our house as they bought items we had listed on Craigslist. We rented a small storage unit and moved what little we held onto, that didn’t go into the motorhome, over the course of many small trips. We also readied the house to be put on the market. All while running a quickly growing business! Our heads were spinning. Some days one of us would be discouraged or too stressed to go on, and the other would have to pull out his or her best pep talk. Luckily, we alternated pep talk days and didn’t actually share a day of defeatist attitude together. Had we both felt defeated on the same day, it may have broken us. 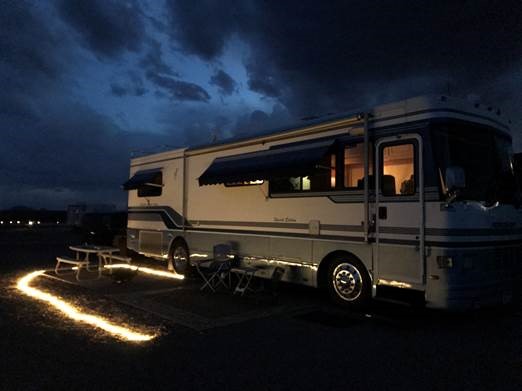 In the end, our true motivation was knowing that if we didn’t do this, we would regret it for the rest of our lives and that was definitely not something we were willing to live with. We were tired of talking, of being in limbo. It was time to rip the bandage oﬀ and just GO! The business, although quickly gaining traction, was still manageable enough for us to see our window of opportunity.  We knew that the business would also, more than likely, be the reason why we would feel the need to return to stationary life. So we made the leap, knowing that if we wanted to return to sticks and bricks whenever we wanted, we could. Nothing is permanent. You can always go back to what you already know. We sailed away from the safe harbor, and are so glad that we did.

We aim to encourage anyone with a gypsy spirit to follow your dream and to just Go That Road!

In 2016, Tonya and Corey Secrest, F461379, gave up their life for a new life of adventure on the road. Now they are entrepreneurs who document their nomadic lifestyle to share with the world. Together, with TJ the Travel Cat, this full-time family is going their own way. For inspiration, follow Go That Road on Instagram  and Facebook.

3 Comments on Our Journey to Becoming Full-Time Nomads